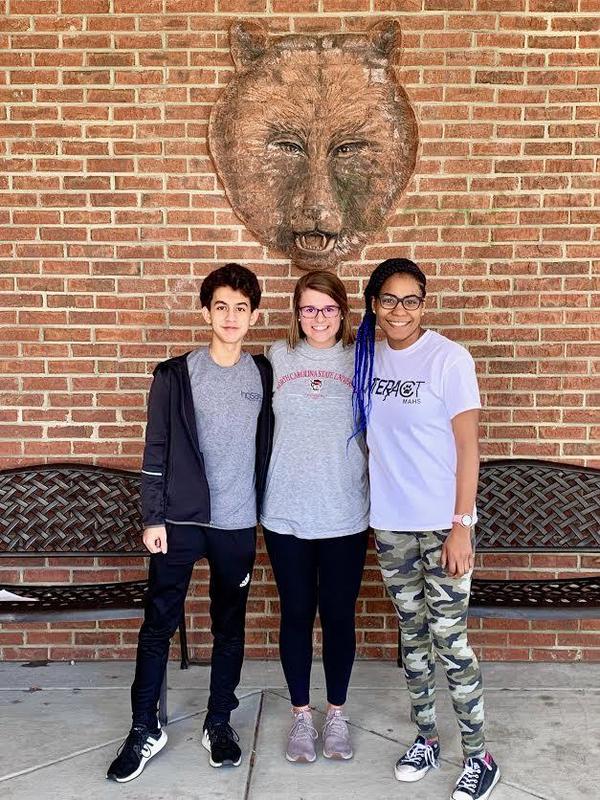 All three students nominated for Governor's School were accepted! This is a rare occurrence and Mount Airy High School is celebrating this accomplishment!

The North Carolina Governor's School is a five and a half-week summer residential program for intellectually gifted high school students, integrating academic disciplines, the arts, and unique courses on each of the two campuses.  The curriculum focuses on the exploration of the most recent ideas and concepts in each discipline, and does not involve credit, tests, or grades.  Students apply to a specific academic subject area, and school districts are limited to the number of nominations based on student body size.  Academic nominations are also limited to current 11th grade students.  The acceptance rate for Governor's School is approximately 35%.  For the 2019 session of Governor's School, Mount Airy High School nominated three students based on the nomination limit.  Each of the three nominees completed the intensive application process, and all three of Mount Airy High School's academic nominations were accepted.  Meredith Marion and Ashton Rierson both applied in the area of Natural Science, and were accepted to Governor's School East, which is held on the campus of Meredith College.  Catherine Sawyers applied in the area of English, and was accepted to Governor's School West, which is held on the campus of Salem College.