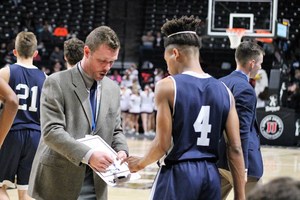 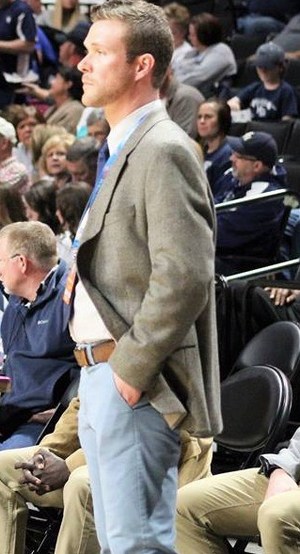 He began his teaching career at North Brunswich High School in 2006. In 2007, he began coaching the boys’ junior varsity basketball team. In 2010, he accepted the position of head basketball coach for the men’s varsity team.

In 2014, Hayes returned to his hometown and accepted a teaching position at Mount Airy High School. Today he teaches AP Calculus, Honors Pre-Calculus, and Advanced Functions and Modeling.

Hayes has been the assistant coach for the men’s varsity basketball team for the past four seasons under the direction of Levi Goins.

Levi Goins resigned from being head basketball coach recently to focus on his administrative duties and family. Goins noted, “I am extremely happy for Bryan as he steps into this new position. He left a successful coaching position at North Brunswick four years ago to join us and brought expertise and passion for the game.  He will do a fantastic job carrying on the Mount Airy basketball tradition.”

Principal Dr. Sandy George is excited for Hayes as he steps into this new role. “Bryan is no stranger to Mount Airy High School. He is a former student-athlete and he was a member of the 2002 Men's Basketball State Championship Team.  Bryan is an excellent math teacher and has been the assistant coach to Levi Goins for the past several years.”

Hayes’ first season as head coach will be the 2018-2019 season. “I am very honored and proud to be named the next men's head basketball coach at Mount Airy High School.  As a graduate and former player, I have always dreamed of one day being in a position to coach at my alma mater.  I will strive daily to uphold the tradition of excellence that comes with being a Granite Bear."